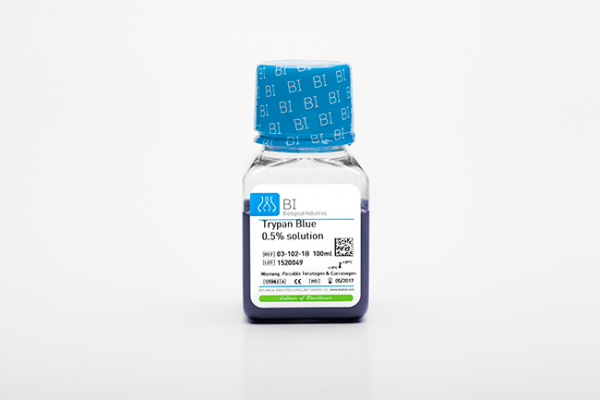 0 out of 5
( There are no reviews yet. )
5mg/ml in Saline | 100 mL
SKU: 03-102-1B
Category: Cell Proliferation and Viability
FacebookTwitterLinkedInGoogle +Email

Trypan Blue Solution is the most widely used stain to distinguish viable from nonviable cells. Viable cells exclude the dye, while nonviable cells absorb the dye and therefore display the  blue colour. Cells should be in suspension as single cells in buffered saline before counting the number of viable cells. Trypan Blue has a much higher affinity for serum protein as opposed to cellular proteins, so suspending cells in medium that contain serum will generate a dark background.

Be the first to review “Trypan Blue Solution” Cancel reply